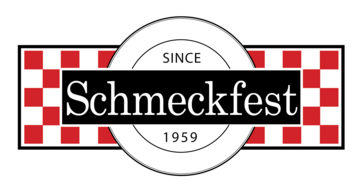 After a three-year hiatus due to COVID restrictions, the Schmeckfest musical comes back to the stage in Pioneer Hall on the Freeman Academy campus. New to the Schmeckfest stage, Rodgers and Hammerstein’s State Fair is under the direction of Kris Carlson, 2023 Schmeckfest Musical Director.

​​Schmeckfest has been an annual celebration in Freeman, South Dakota since 1959. ​All proceeds benefit Freeman Academy. ​Find out more about the campus. 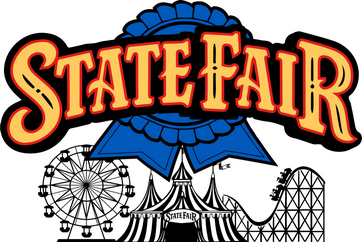 Set against the colorful backdrop of an American heartland tradition, State Fair travels with the Frake family as they leave behind the routine of the farm for three days of adventure at the annual Iowa State Fair. Mom and Pop have their hearts set on blue ribbons, while their children Margy and Wayne find romance and heartbreak on the midway. Set to the magical strains of an Academy Award-winning score, including standards such as “It’s a Grand Night for Singing” and “It Might As Well Be Spring”, and augmented by other titles from the Rodgers and Hammerstein songbook, State Fair is the kind of warm-hearted family entertainment only Rodgers & Hammerstein could deliver!
State Fair performances run Thursday, March 23 through Saturday, March 25, 2023.

Freeman Academy is financially sustained by people like you -- generous leaders who appreciate the arts, culture and history and who believe in the educational mission of Freeman Academy.  Please consider making a donation.  Thank you.

State Fair is Richard Rodgers and Oscar Hammerstein's only musical written directly for the screen. State Fair began with a 1932 novel by Phil Strong, which was adapted for a non-musical film starring Will Rogers in 1933. In 1945, Rodgers and Hammerstein re-made the film as a musical. The film was remade again in 1962, and then adapted for television in 1976, but it was not until 1996 that State Fair finally made its debut on the Broadway stage. The Broadway production, with music and lyrics by Rodgers and Hammerstein and a book by Tom Briggs and Louis Mattioli, received 1996 Tony Award nominations for Best Score and Best Featured Actor in a Musical, as well as three Drama Desk nominations.